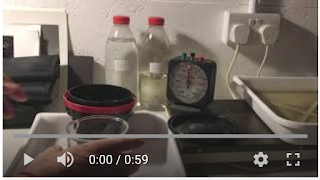 Just a FYI.  I've started to record short videos on my youtube channel. The first is a very short demonstration of inversion agitation, primarily to support my website's agitation page but also to test the (new to me) technology. If there's an interest in these videos I'll continue with more. To show interest why not "like" the video and subscribe to the channel. Thanks! https://youtu.be/XZnYtxwta0I That's a link to the first agitation demo.  Don't forget, if this idea is appealing to you, please like and subscribe to my youtube channel and website (www.pictorialplanet.com).
2 comments
Read more 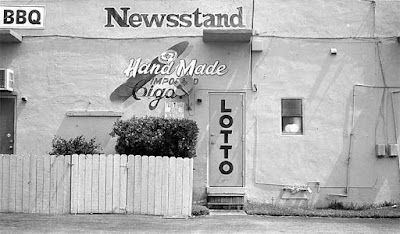 Beutler 105 Divided development One of my most used developers is D-23. It’s soft working nature is perfect for my more contrasty photographs, as well as the occasional portrait. Used replenished, its properties are enhanced and this is my preference. But sometimes I need more compensation that D-23 gives and for that I turn to a two bath like Thornton’s (based on D-23 and Stoekler) or, for ultimate sharpness, a divided developer like Beutler. Beutler is another Metol based developer, like D-23, but uses a quite different strategy to develop the film. It’s a high acutance surface developer, similar to Crawley’s FX-1, using very low levels of Metol and the high alkalinity of Sodium carbonate. This produces compensated, very sharp negatives, especially when used divided. Willi Beutler formulated it in the 1930s for the then new 35mm films. It’s not particularly fine grained, compared to say 510-Pyro or D-23 and maybe a little larger than D-76 1+1 but, due to the high resolution, the ap
Post a comment
Read more 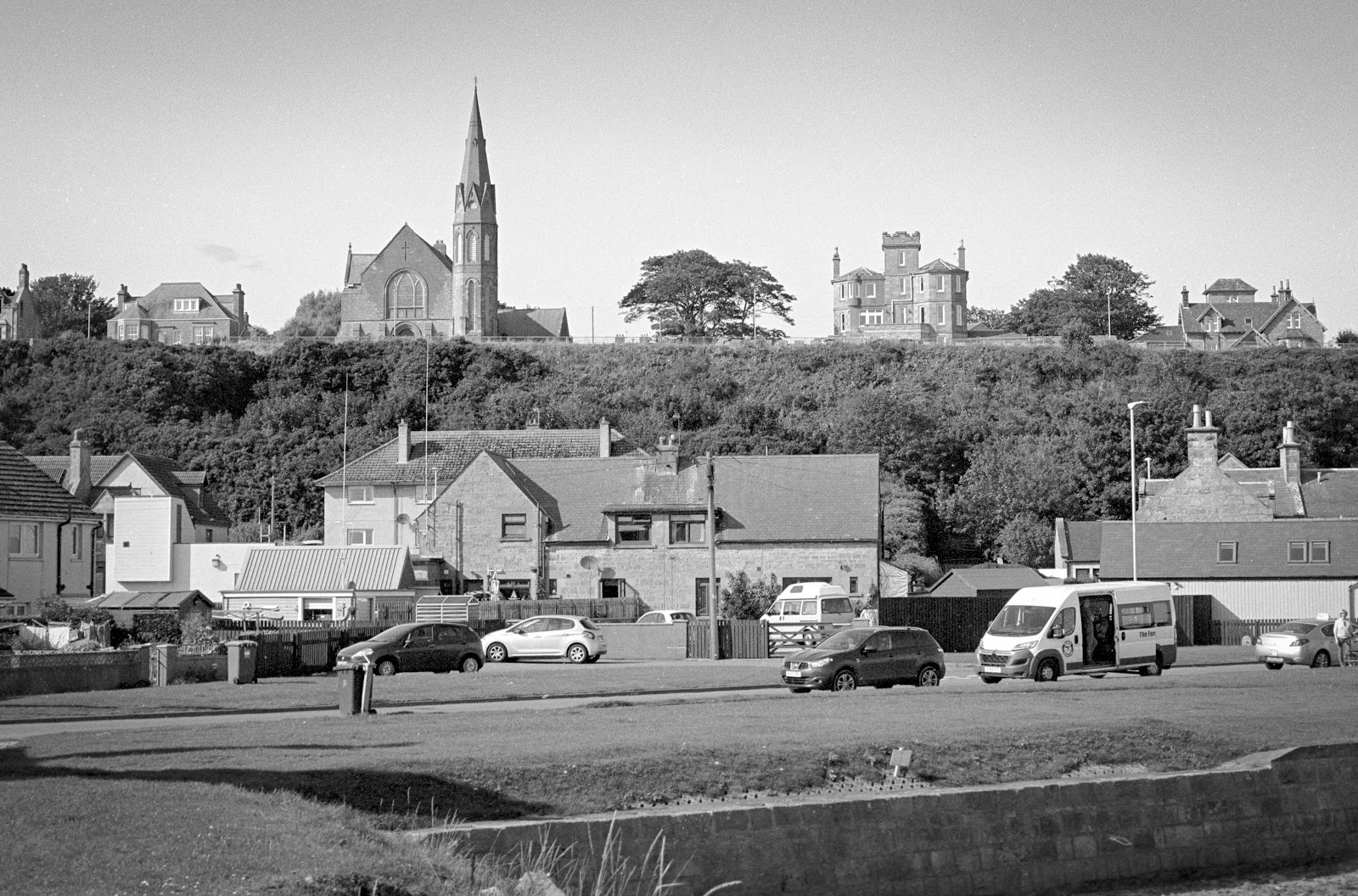 Making your own developer too much trouble? Here's 5 steps that I learned  to easy D23! Many might be put off making darkroom chemistry by the apparent complexity, I know I was at first. It was daunting when considering not just the chemistry but the accurate scales and jugs and stirring rods and so on... However, I learned that this isn't a new problem and it was much easier than I thought to overcome. It might surprise you but the precise measurements to make developers is not essential, at least with those more 'forgiving' formulas. D23 is one such formula that provides excellent results, every time. What I learned was to make the developer exactly the same way every time. If I did this I got consistent results and my tested development times worked perfectly.  For instance, the official formula for D23 calls for 7.5g metol and 100g sodium sulphite in 1ltr water. But if I make it with 8g metol and 97g sodium sulphite, every time,  I always get the same results. These
Post a comment
Read more 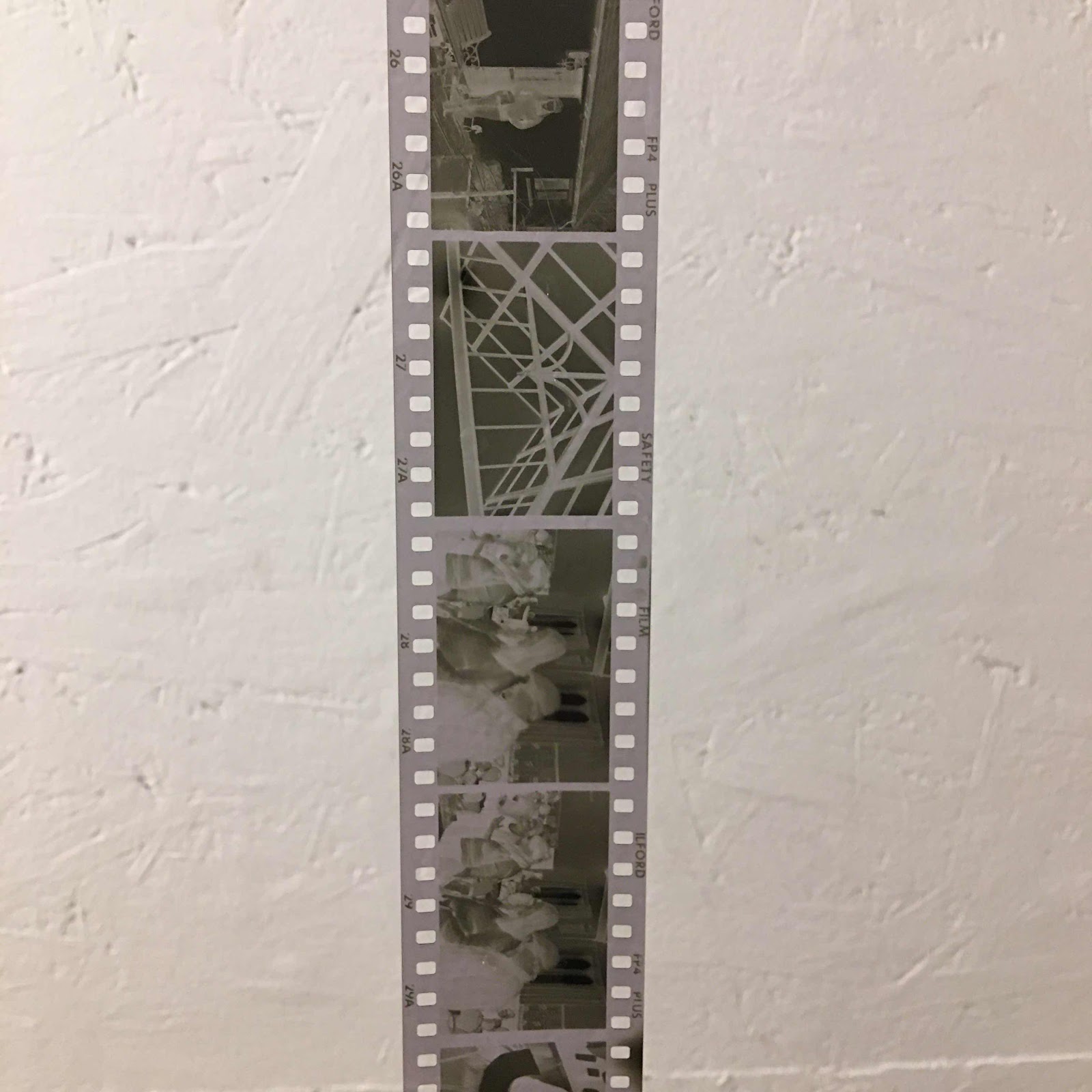 I've been making my own black and white developers for some 50 years. One that I always come back to is Rodinal. It's an excellent developer with beautiful tones and amazing keeping properties. I recommended it in my book as the one developer to always have on your shelf.  As a developer to make at home it's fun and pretty  easy but of course care must be taken with chemicals. Do this work in a well ventilated area, away from food, wear protective hand and eye covering. Keep chemistry away from children. Making 500ml should be enough to develop 100 films. To make the 500ml you'll need: 25g p-Aminophenol (aka 4-Aminophenol or p-Aminophenol hydrochloride) 75g Sodium metabisulphite 107g Potassium hydroxide (Care, caustic) 2 x Pyrex heat proof jugs (not used for food) Funnel and coffee filter  Freshly boiled water Very cold water Stainless stirring spoon not used for food. Make sure you make this in a well ventilated area. First boil some water and let it sit for 5 minutes.
Post a comment
Read more

Making WD2D from your PMK developer

June 19, 2020
I've already noted that WD2D and PMK are very similar developers and that PMK borrowed (intentionally or not) most of its design from WD2D.  They both have the 1:10 Metol to Pyrogallol ratio and the same preservative. So the differences come down to two things, dilution and activator. I have PMK in my darkroom at all times and also a bottle of diluted Sodium Carbonate (22g monohydrate In 500ml water or, if you only have anhydrous, 18.3g Anhyd. in 500ml water). Now to formulate the WD2D take the PMK solution A with the Sodium Carbonate as solution B to this ratio: 6:20:400 (6ml A, 20ml B, 400ml water or multiples thereof). That is 6 parts PMK solution A, 20 parts Sodium Carbonate solution, and 400 parts water. I use this for my 35mm developing (reducing the amount I pour in to 350ml in my Patterson Universal tank). For developing 120 I double the above and pour in just 550ml. Your tank might be different but I think you get the idea. There you have it! Two developer
Post a comment
Read more

September 21, 2019
Old photographic paper tends to fog when processed normally. The following paper restorer will help save the day.  Paper Restorer formula  Water 40C   700ml Potassium bromide   100g Water to make   1 liter Add 10ml of Paper Restorer solution to your working strength paper developer, at most 20ml. Develop the print for as short a time as possible or you may experience chemical fogging.  Another way to use this restorer is to immerse the exposed paper in this solution for 1 minute followed by development.
Post a comment
Read more 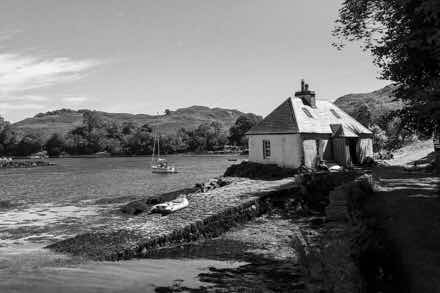 Loch Duich is one of Scotlands most magnificent sea lochs. With mountains towering above the lake and the most photographed castle, Eilean Donan, on its shores this lake is a photographer's paradise.  I found myself there a few weeks ago and enjoyed loads of great photography with my Nikon FM2N. Today, I wanted to talk about this particular beautiful scene. Cottage - Loch Duich  We'd walked along the far shore of the loch, opposite the famous Eilean Donan  castle for a few miles. It felt as though we had the whole lake to ourselves. As we rounded a small headland, I saw this house and jetty complete with sailing boat moored in the background. The peaceful scene called out to my camera, but the lighting challenged any automatic exposure technique. My exposure technique has always used Ansel Adams "Zone System". I first heard of Adams when very young. My father talked of Adams' "Zone System" and he'd talk of how complicated it was. A
Post a comment
Read more
More posts